Coco & Meeks travel and adventure blog with my wife

who is Corey B. Buckner?

Get in touch with me 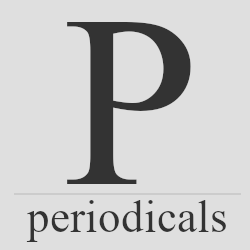 counting down the best of everything we love to argue about

my travel and adcenture blog with my wife

Explore & discover something, someone or somewhere creative.

check out my photos & videos on IG

send me a message to get in touch with me

listen to my podcast on Spotify

listen to my podcast on Amazon Music

Listen to my podcast on Apple Podcasts

Listen to my podcast on Google Podcasts

Listen to my podcast on Stitcher

Listen to my podcast on Pandora

Listen to my podcast on iHeart Radio

Listen to my podcast on Radio Public

PREV NEXT
BACK TO PERIODICALS

American Freedom Is Under Attack

by Corey B. Buckner


listen to this as a podcast For better or for worse, it was not the intent of this land's first inhabitants or our Founding Fathers to oppress the citizens with an exhaustive set of laws that sought to force a single set of agreed upon cultural or religious morals. Instead, the goal was to liberate us with the idea that people .of various faiths and cultural beliefs could peaceably coexist under a single governing body on a single plot of land. As vast as the American land mass is, there is more than enough room for people to live out their cultural and colloquial beliefs with little to no effect on others. America is big enough for Texas to be Texas and for New York to be New York without the need of either trying to convert or control the other. In a truly free America, there is room; both in land and in thought, for those who are pro abortion and those who oppose abortion. Is it ridiculous to accept that in America in some places abortion would be legal and illegal in other places so long as citizens are free to live or travel to either place? The American ideal is inclusive of those who want to own guns and those who don't. America is big enough for there to be whole communities and states that are democratically established around either side of these now divisive issues without need of imposition on neighbors with opposing beliefs. Let the farmers whose nearest neighbors are two miles away have their guns. Likewise, if densely populated cities don't want millions of people walking about bumping into one another holding handguns; let them choose to rely on their police force and other licensed citizens to carry weapons. American freedom allows for both.

American freedom is established upon the principle of borders within borders; fifty individual land masses unified by the protection of an army of unlimited might and a government of extremely limited intrusion. What is not American freedom is the will to impose upon Missouri the cultural and religious values of California. What is not American freedom is the desire to thrust upon Illinois the cultural and religious values of Utah. The legal right to have an abortion is not the legal demand that all Americans must have one; the latter being a form of government oppression. The right to bear arms is not the demand that you allow concealed arms in your community. Freedom is the right to establish within sets of borders how we will govern these practices and the freedom to move about with the national borders to live in places that share your moral beliefs.

American freedom provides us with a limited set of inalienable rights under which we have the freedom to establish within the borders of our homes, communities, school districts, counties and states laws that govern us upon layers of local values. As such, it is possible to have the freedom to live in communities that are free of guns and be free to live in communities that are free to carry guns in the same country. A limited Federal Government with citizens who are active in their local governments provide the type of freedom that this country was established upon. We must resist our addiction to run to the Constitution with proposed new amendments every time we disagree with the way our neighbors choose to live their lives.

Freedom is the right for a Wican and a Christian to either peacefully send their kids to the same school or establish communities in which only one or the other religion is practiced. That is American freedom. Freedom is the right to live in a community that allows alcohol to be served on Sunday mornings or to establish communities with ordinances that prohibit that practice. But, Federal-mandated prohibition is nothing less than oppression. Farbeit for me to seek to remove the freedoms that allow us to move about, vote, and debate the acceptable lifestyles of the local communities in which we live. Farbeit for me to try and establish either a theocracy or an anti-theocracy. I like my governments generic and agnostic; lacking its own VALUES and instead bound by a set of inalienable rights. It is not the right of a government of a free people to have its own values; instead it is their position to serve as a protectorate of its citizens' rights to live out our own values.

A government of free people doesn't seek to choose or even support winners and losers within its borders; it is its job to establish a fair and level playing field for us to each individually live out the values we establish for ourselves. WIthin its borders a government of the free makes room for the peaceful practice of as many varying sets of values as can be lived out without stepping over the boundaries of our basic inalienable rights like life, liberty and the pursuit of happiness.

Thus, a government of the free does not make judgments on whether an issue like abortion is moral or not; insted it establishes where life begins and then governes according to our right to life. American freedom does not come with its own set of morality; it comes with the will and determination to protect our right and ability to live out our varied moral codes with as little intrusion from the government and each other as possible. American freedom does not establish safe spaces where people are not confronted with the opposing beliefs of our neighbors; instead it serves to ensure that America itself is a safe space for those opposing codes of morality to coexist. It is not the role of a government of the free to determine whether it is moral for combinations of people to marry, it is the role of the government to determine what are safe and non-abusive conditions for free citizens to become joined together in matrimony.

Unfortunately, modern Maericans are losing the truth of what freedom is and how it is practiced. As a Christian I understand that God has given man free will. That means that we are free to do all manner of good or evil. There is nothing innate and established by God that prohibits me from committing murder, stealing or lying. Likewise, there is nothing forcing me to commit any of those acts. The only thing standing between whether I am a murderer or a protector of life; a liar or trustworthy are choices… choices that God has given me the freedom to make. In this way, mankind is truly free. Like it or not, this is what freedom looks like. Being physically or legally prohibited from doing what you would consider evil or immoral is not freedom. Having the right and ability to do those things and choosing not to is the only real moral freedom that exists.

That is the lesson that as Americans we need to learn and practice as we move forward. We need to learn to allow our neighbors to do what we deem to be immoral as to not restrict freedom within our borders. We must remain safe; I repeat we must be protected; and outside of whatever liberties we trade for that safety we must remain free. Remember that the next time you prepare to write to your Congressman in an effort to establish your system of morality as federal law. It is not freedom to make one person's morality all people's legality; neither is it freedom to prohibit someone from practicing our morality in our homes and in our families. American freedom provides a place and the necessary protections for the free practice of those things that we believe individually in our states, our communities, and most importantly in our own homes; and that is what we as Americans must fight to preserve in the name of freedom.